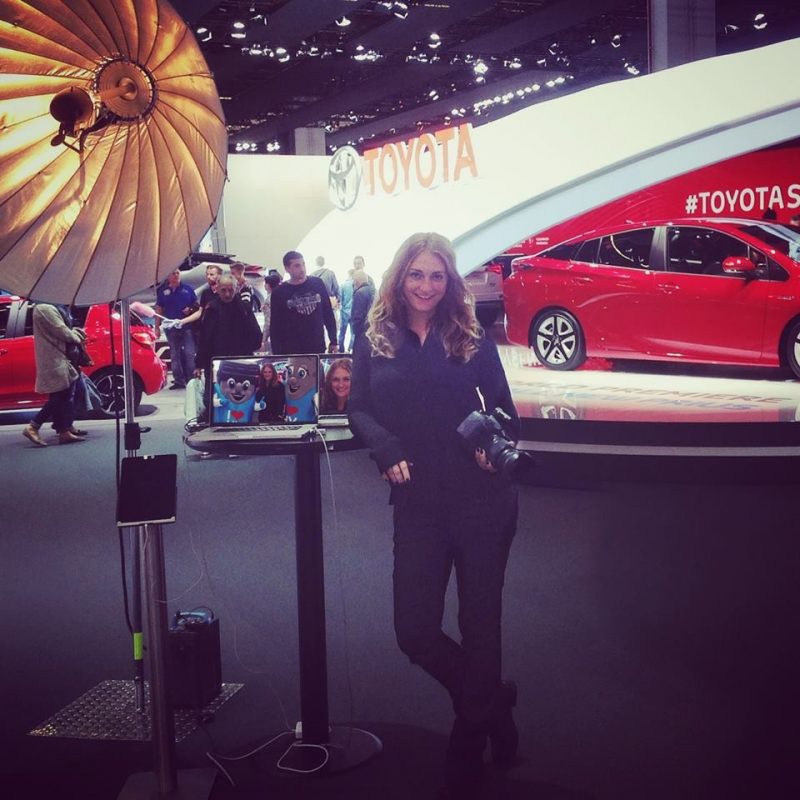 For 10 long and exciting days I was shooting for Toyota during the IAA in Frankfurt – the International Automobil Messe/International Car Tradeshow.

The show takes place every two years with almost a million visitors and over 1000 exhibitors. It is considered one of the most important car trade shows worldwide. This year, the exhibition had a futuristic slant, with a very definitive focus on autonomous driving, which made the entire show even more spectacular.

Each visitor could get their portrait taken in front of the new Auris. These photos were included into the recent commercial campaign. It was broadcast widely across German television, and included two German stars Liefers and Prahl – best known from the series Tatort.

For this shoot, I decided that the best option in terms of cameras would be to use the Nikon D800. It’s light and fast. It was perfect as I could decide the type of dimensions and resolutions I wanted – ones that would fit my needs precisely –  and shoot simultaneously with the Mac, for minimal editing. I also used the Para 133 from Broncolor, which is able to create and add enormous volume and plasticity. I topped this off with a specially-customized tripod from my dad. Combined, it comes together to create a small but powerful studio in the middle of thousands of visitors.