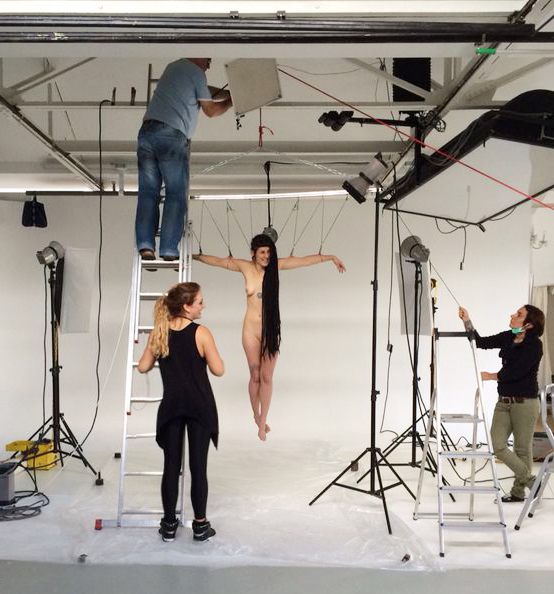 For this shoot our studio was turned into a small hospital. Utilizing hooks, wire, various types of scaffolding and chains, we set about suspending Kathi, a body suspension master and the model for this shoot, in a pose reminiscent of Jesus on the cross. Everything had to be handled very carefully with the utmost attention to hygiene, especially when pushing 5mm hooks through the unanesthetized skin of the model. There was a nervous energy throughout the studio as Kathi directed her assistant through a step-by-step process of how to insert the hooks.

The photograph was part of a project called ‚Club of 27‘. Kathi wore nothing but her 1m dreadlocks, which was the perfect outfit for the shoot. She decided that six temporary piercings should be enough to hold her weight. By industry standards, this is comparatively low, but Kathi has a distinct understanding of her body, and knew that she could accomplish the feat with only six hooks.

Due to the fact that she could only hang suspended for a maximum time of 30 minutes, we had to make the shoot a fast one and not waste any time. One assistant acted as a counterweight to keep her balanced while she was hung in the air. Another wiped the blood that dripped from her wounds. My father, who was understandably super nervous, was running up and down the ladder to continuously adjust the lightning. But Kathi was surprisingly chilled about the whole ordeal, and even laughed about how tense and hectic the team was.

I began to understand what she meant by finding this procedure meditative, and a good lesson for understanding how your body and mind work. When I told Kathi this, she offered to hook me up to the same suspension rig. I laughed nervously and politely declined. 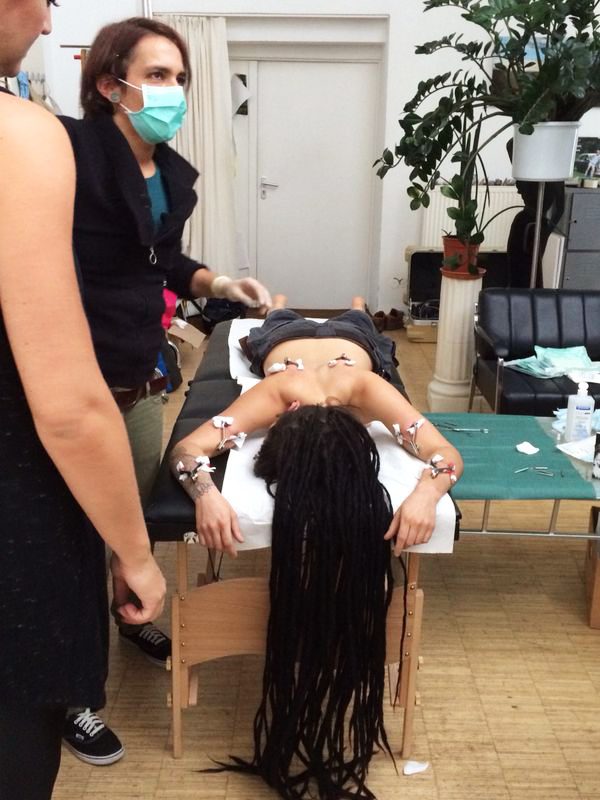 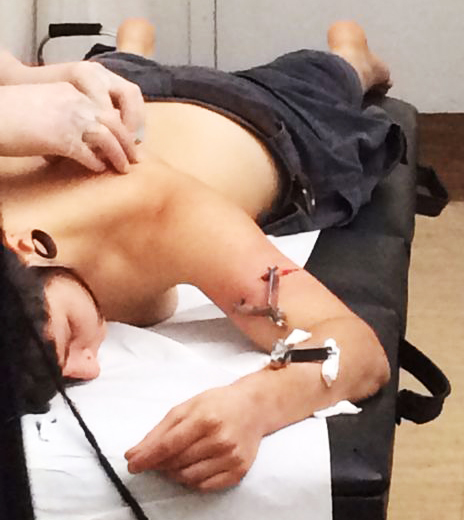